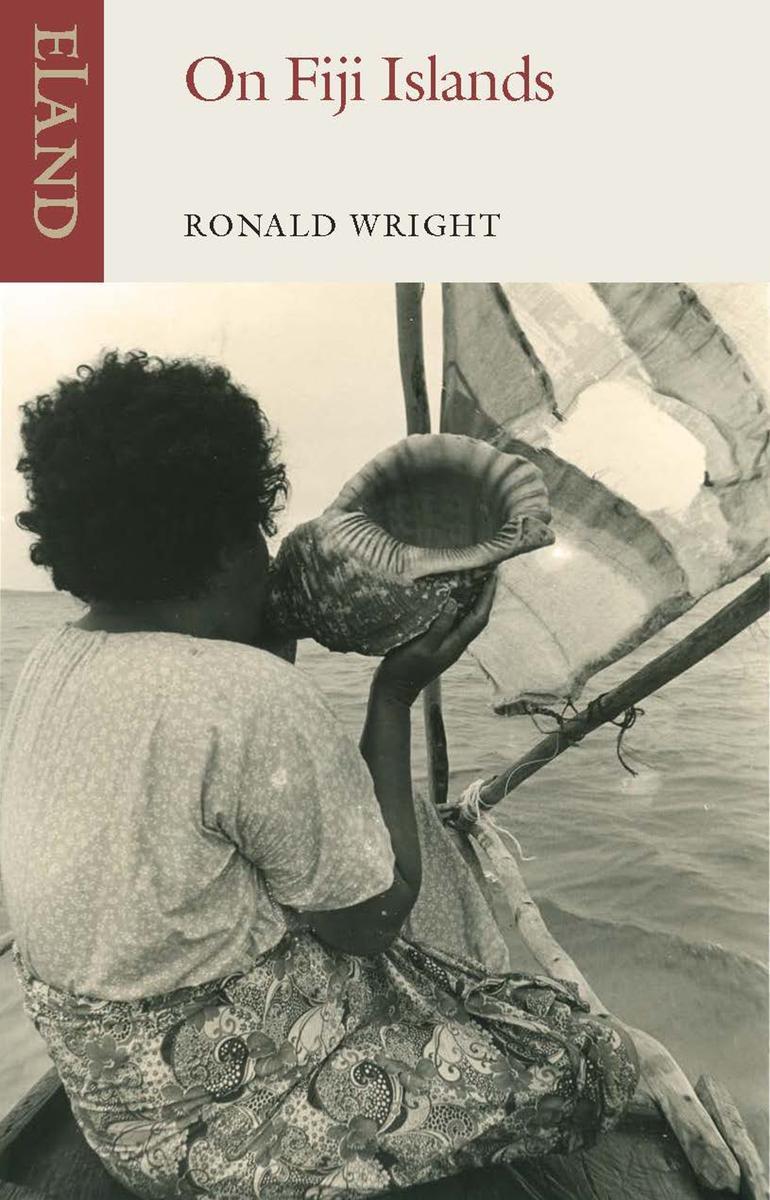 Travel to Fiji came to a standstill with Covid, but the good news is that after 35 years Ron Wright’s masterpiece, On Fiji Islands, has been republished by Eland Books.

Wright, a Canadian, is a travel writer in the classic British mold.

Think Morris, Chatwin, Durrell, or Greene. His prose is unpretentious, elegant, and infused with spirit of place. As a reviewer in the Washington Post aptly put it back in 1986, Wright is “open-eyed without being naïve.”

Encountering residents of all vocations in towns, villages and valleys the author weaves his interests in history and ethnology into a heartfelt depiction of late 20th century Fiji.

He is comfortable with whomever he meets and he’s good at snatching insight from the ether.

Whether it’s a conversation about race relations with female patrons at a Suva nightclub or a discussion of the nuances of kava drinking among different ethnicities at the bustling Municipal market, Wright reveals the often-complex shades of Fiji’s pluralistic culture.

After nearly four decades the political landscape has mutated. Wright had the good fortune to experience Fiji prior to the political upheavals that began with a 1987 coup and reverberate to this day.

The pre-coup era could be characterized by a slogan touted by the Fiji Visitors Bureau, “Fiji, the Way the World Should Be”. I was captivated by that refrain as I suspect were visitors and locals. It summarized the bullish sentiment in the air.

Things looked rosy in those days.

Fiji had only become an independent state in 1970 and the buoyant enthusiasm of a new nation was ubiquitous. The Fiji dollar was strong, sugar was still king and there was hope that the budding tourism sector would gather momentum and raise the standard of living.

Ron Wright has captured the zeitgeist.

Nowadays of course, Fijians are tethered to their “mobiles” like the rest of us and the impact of social media is pervasive.

Popular culture not withstanding, the character of Fiji’s people hasn’t changed. The same deep forces that animated the cultural and psychic landscape back in the day are still present.

Wright’s epiphanies are timeless, and he’ll help you dig beneath the surface.

That’s why this book is essential reading for anyone who wants to understand Fiji, my favorite place on the planet. Novelist, historian, and essayist Ronald Wright is the award-winning author of ten books of fiction and nonfiction published in 18 languages and more than 40 countries. Much of his work explores relationships between past and present, people and power, other cultures and the west.

A Short History of Progress, which examines humankind’s increasingly precarious experiment with civilization, was the best-selling book in the 50-year history of the prestigious CBC Massey Lectures, winning the Libris Award for Nonfiction Book of the Year.  Martin Scorsese’s Surviving Progress, a documentary film based on the book, premiered in fall 2011. A Fifteenth Anniversary Edition of A Short History of Progress was issued in 2019 with a new introduction and update by the author.

Born in England to Canadian and British parents, Wright read archaeology and anthropology at Cambridge University and has been awarded two honorary doctorates. He spent many years in Mexico and South America, Africa, and the South Seas on book research, archaeological work, and recording indigenous music. While in Peru he also wrote Lonely Planet’s first Quechua (Inca) phrasebook.

Wright contributes to the Times Literary Supplement and other publications. His latest book is The Gold Eaters, a novel set during the Spanish invasion of the Inca Empire in the 1500s.  Three of his early books are also available in Penguin Modern Classics and in new editions by Eland, with introductions by Jan Morris, Alberto Manguel, and Pico Iyer, as well as new afterwords by the author.

“Ronald Wright is an historical philosopher with a profound understanding of other cultures.” –Jan Morris

“I am an old admirer of Ronald Wright’s work. He writes brilliantly and with a very uncommon level of empathy and sensitivity…No one is better at showing how the past infuses, and, in most cases, continues to blight the present.” –Larry McMurtry